TL;DR no sky/Chinese lanterns, no fireworks except long weekends, no daytime burning. For more information, visit the Dysart website.

For the most up-to-date information, please visit the Municipality’s site

In the early 1800’s, Percy Lake was one of many, many lakes in “Upper Canada” or “Canada West” that was known as Pine Lake.

In 1859, the Crown Lands Department in Canada advertised a block of land for sale in the District of Haliburton. The purpose for the sale of the land was to promote rapid settlement of the newly created townships in the District through private enterprise. The townships included in the sale were Dysart, Dudley, Harcourt, Gilford, Harburn, Bruton, Havelock, Eyre, Clyde, and Langford.

In 1861, the land was purchased by a group of English gentlemen, headed by the Honourable Mr. Justice T.C. Haliburton, and the Canada Land and Emigration Company Limited was formed under the laws of Great Britain in 1862. Percy Lake, as well as Kingscote Lake and Farquhar Lake, were named after principles in the company (reference: Early Days in Haliburton by H.R. Cummings). Continue Reading…

The purpose of the Canada Land and Emigration Company was to sell land to settlers, and in return, the Company built roads, conducted surveys, and built saw and grist mills. From 1863 to 1870, a large number of immigrants came to settle in the region. In 1869, Messrs. Boyd, Smith & Company, lumbermen from Port Hope, obtained the timber rights on the Company’s lands in the townships of Dudley, Gilford, and Havelock. The lumber business caused an economic boom in the region. By 1871, the Company had sold 16,650 acres to settlers and a number of town lots to various purchasers. In 1872, the Company built a road between the villages of Kenneway and Haliburton. Also, the Company contributed greatly to the cost of the connection of a telegraph line to Haliburton. In 1877, the Company contributed to the construction of the Victoria Railroad Company line from Kinmount to Haliburton with the hopes of increasing settlement in the Townships. This did not happen. By 1883, the Province of Ontario had begun to open up neighbouring townships with offers of free land grants. The Company was unable to cope with this competition. As a result, the Company decided to offer for sale its complete holdings and undertakings in Canada.

The Canada Land and Emigration Company was purchased by W.H. Lockhart Gordon and James Irwin on April 11, 1883. It should be noted that Mr. Irwin had previously been involved in lumbering in the area, beginning in 1877, and had entered into partnership with Mr. Boyd, who was already involved in the timber industry at that time. On April 10, 1889, Letters of Patent were issued by the Province of Ontario incorporating the new Canadian Land and Immigration Company of Haliburton Limited.

From 1890 to 1897 little activity took place. Sales of land and timber cutting rights had practically ceased. In 1895, Mr. Irwin declared bankruptcy and the bank (most likely the Canadian Bank of Commerce) took possession of his rights and interest in Haliburton, which included Irwin’s shares in the new Company. During the 1920’s the Company sold the entire township of Bruton to the Ontario Hydro-Electric Commission and proceeds from the sale allowed the Company to buy back from the bank the timber cutting rights previously licensed to Irwin.

During the depression, lumbering activities ceased once again, but as more roads were constructed, the region began to develop as a tourist and vacation area, and land sales began to increase. At the outbreak of World War II, lumbering activities intensified, and carried on into the post-war years. By the end of 1946, all of the land originally purchased by the Company had been sold. The Canadian Land and Immigration wound up its affairs, surrendered its charter, and ceased to exist.

[Taken from a history of the Canadian Land and Emigration Co. Limited located in 77-024/14/12, and Cummings, H.R. “Early Days in Haliburton.” Ontario: Department of Lands and Forests, 1963.]

Four major logging companies, International Cooperage, Clayton Hodgson, Molyneaux Bryan and National Steel Car owned the shoreline and back lots surrounding Percy Lake in the 1940’s and 50’s, prior to the time of the development of the shoreline in the early 1970’s. The Cooperage property encompassed the south end, and Clayton Hodgson’s property went from Fosters around to and including the Douglas property on the north shore. Along the way, Frank Price purchased the shoreline beyond Douglas’ east to the sand beach from either National Steel car or Molyneaux Bryan. Most of the back lots are currently owned by Barjarows, Delazzers and the Haliburton Forest (formerly owned by D. Bishop) and of course, Grief Brothers Inc.

Clayton Hodgson built the logging road from Haliburton Lake to Percy Lake in the early 1950’s. The road
routing was
basically the path of least resistance around large rock formations, beaver ponds and swamp land. Road construction activity took about 3 years, as timber cutting controlled the rate of road development that eventually terminated at Foster’s on the southwest side and Douglas’ on the north shore. It seems that Bert Curry purchased the timber rights for a portion of the Cooperage property resulting in the need for logging roads from Fort Irwin that led to the south end of Percy Lake and further to the southeast to Four Corners Lake. Curry built camps and boat rentals at these lakes. Today, buildings from that era and land is leased from Grief Brothers Inc. and maintained by active hunt camp organizations at both lakes.

In 1954, Harold Douglas purchased lakeshore property from Clayton Hodgson that included a road/path right of way along the logging road from the original boat landing to his property. His cabin was built in 1964.

The sale of the Hodgson shoreline property to Delbrook Ltd. in the early 1970’s signaled the start of the development on Percy Lake. Subdivision plans and surveys were approved by the Municipality and the first lots (Boyd’s, Dawysor’s and a few others) were sold with only the original logging road as access. Cottage construction was slow, as the road was not conducive to trucking in building materials. Materials for the first cottages were trucked in in small loads, hand carried to the sites, or in some cases trucked from Fort Irwin to the hunt camp and ferried to the shore of the building site. Improvement of the Percy Lake road from Haliburton Lake to Foster’s began around 1976 and was plagued by higher-than-estimated costs due to revised routing because of land owner issues and a new boat access. As lot sales progressed, Johnson Bay Road improvement began to open up the north shore for development around 1984. Several people who offered recollections of Percy Lake development activities mentioned that Delbrook experienced financial difficulties, possibly bankruptcy, and the lending institutions turned some of the properties over to liquidators, such as Alness Properties, Charmath Investments, and Trillium Vacation Homes located in Toronto.

The Frank Price property development further to the east met some obstacles as Delbrook or their mortgage holder(s) wanted some compensation for Johnson Bay road construction costs up to his property. Another issue was that Douglas wasn’t agreeable to the road to continuing through the middle of his property. Somehow, the compensation for the first section of Johnson Bay road was resolved and the road construction was continued to the north and east at Douglas Lane, after which Price started to sell the lots along the north shore from Douglas Lane over to the sand beach area. Collapse. 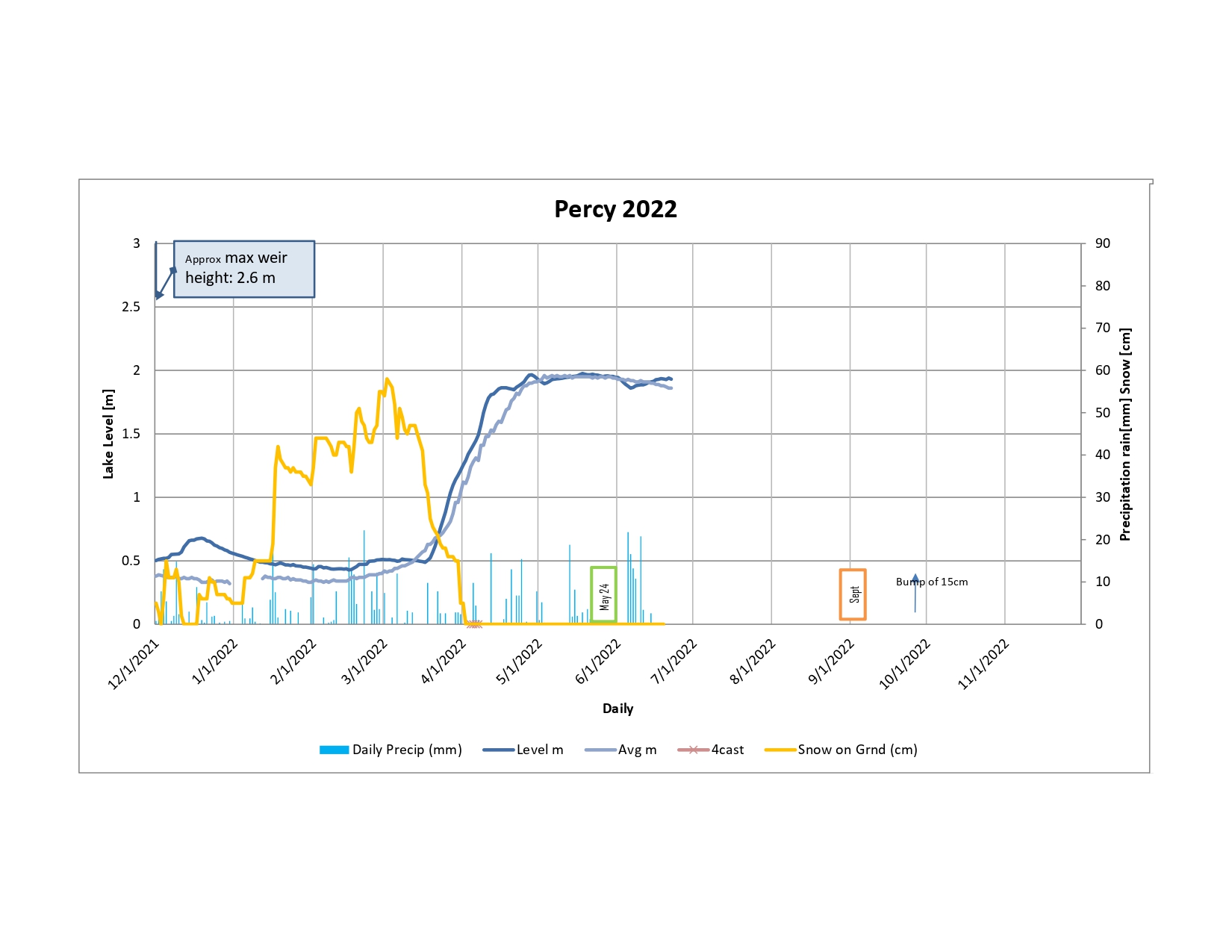 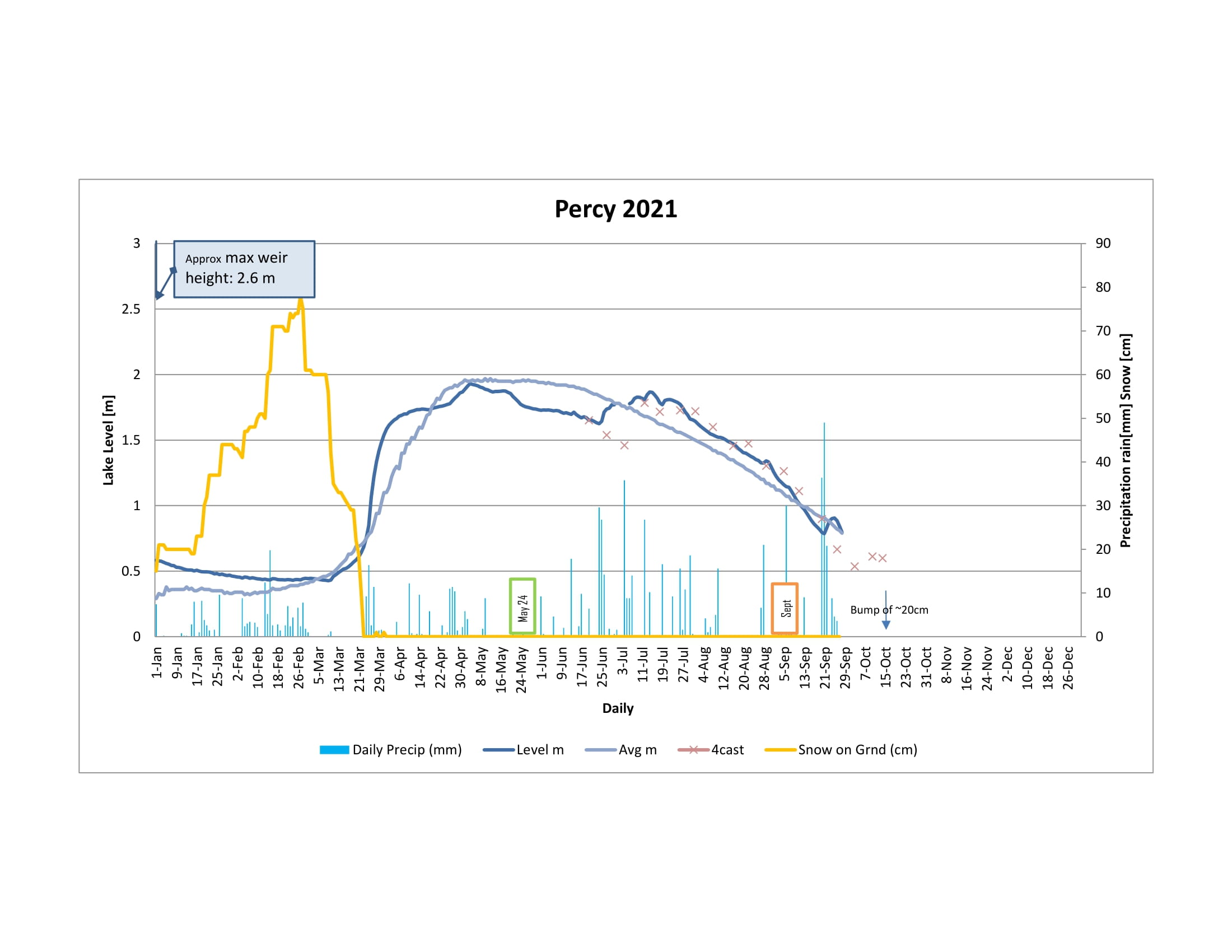 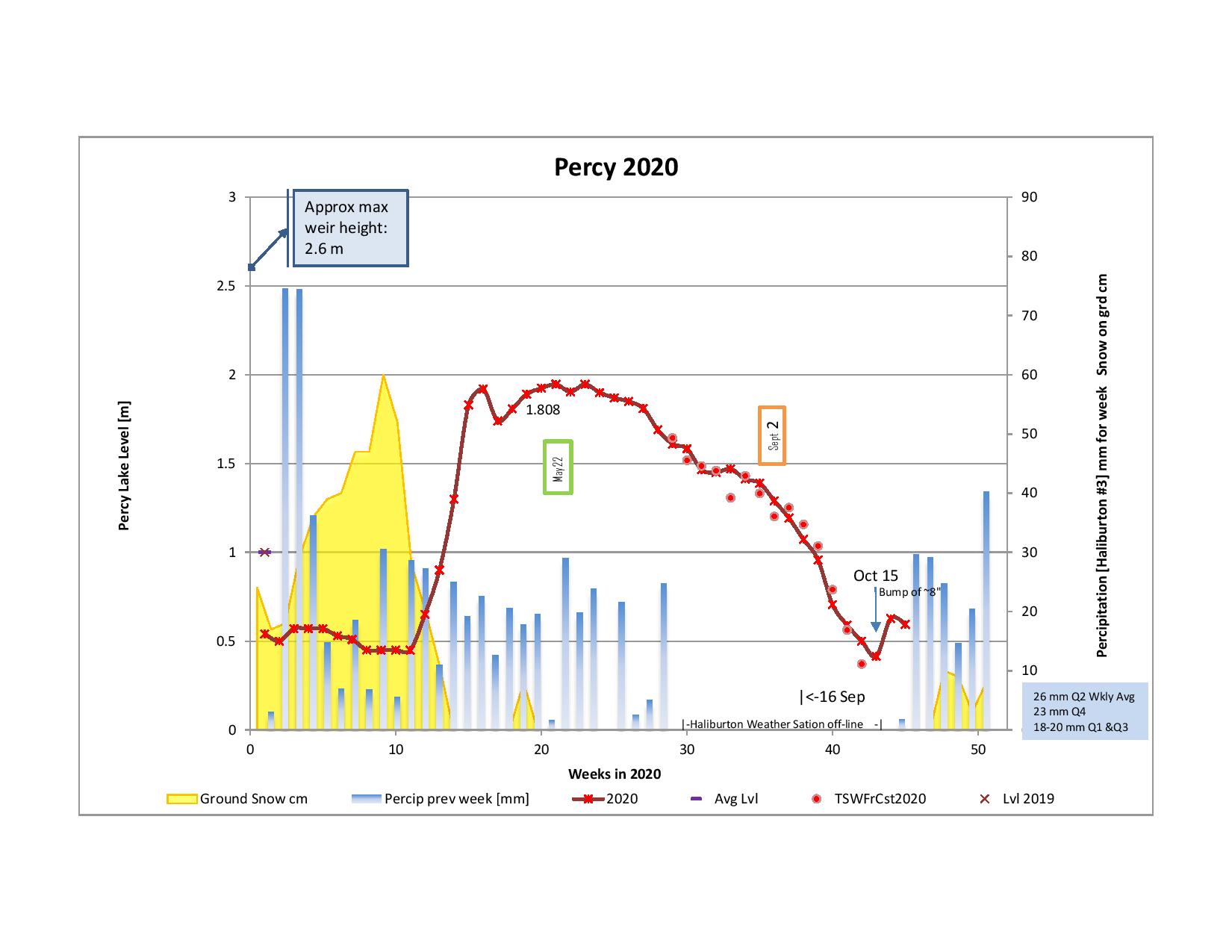 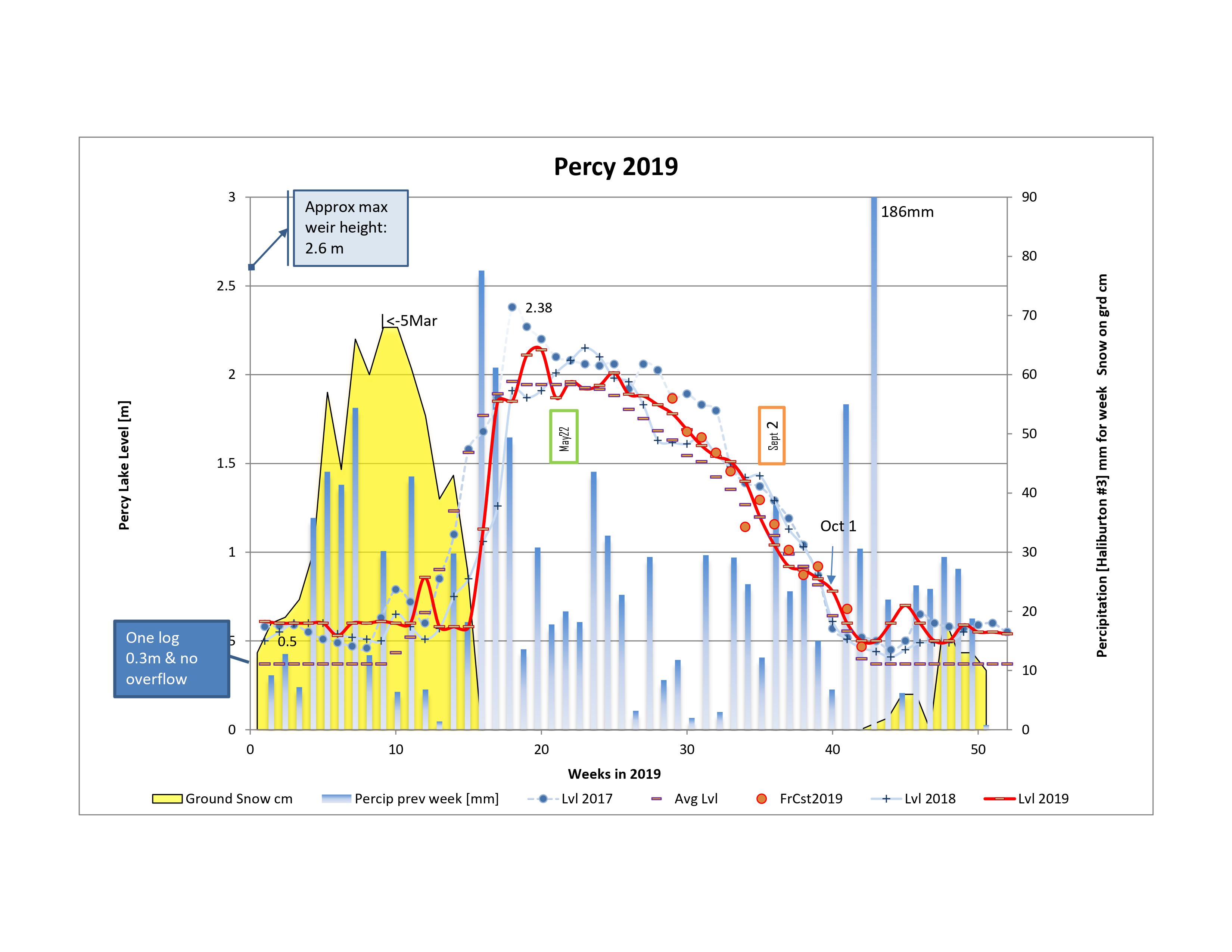 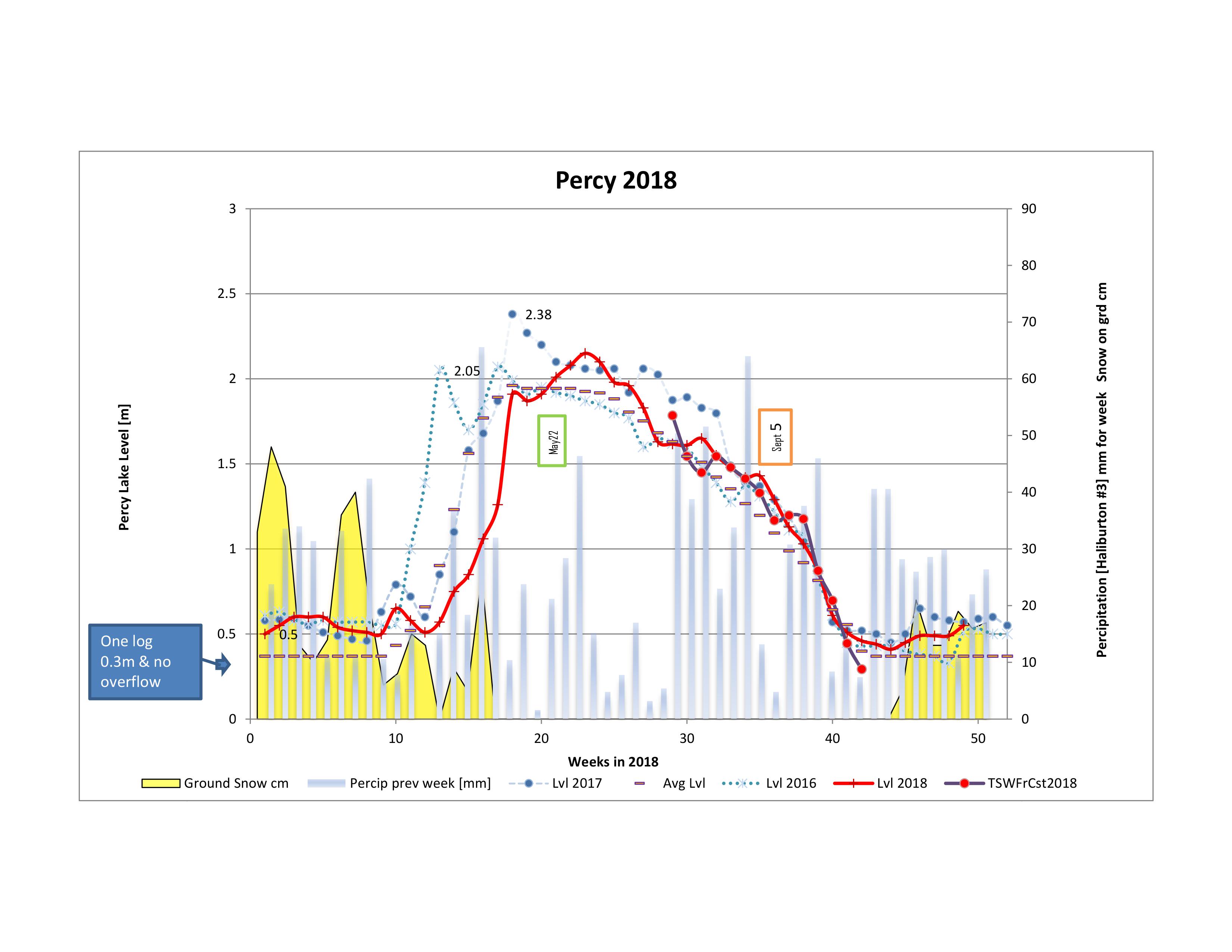 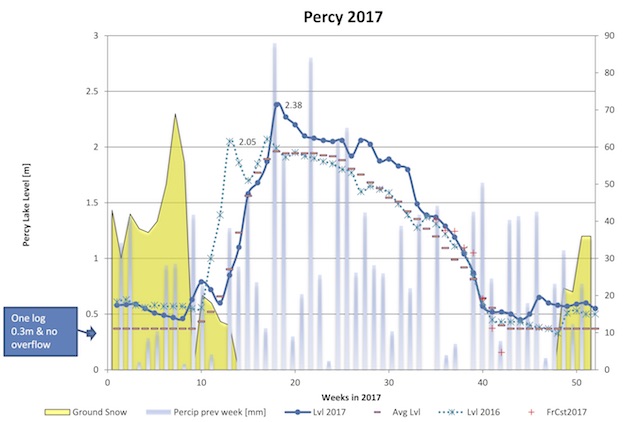 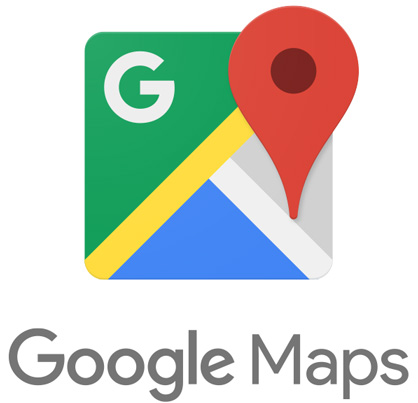 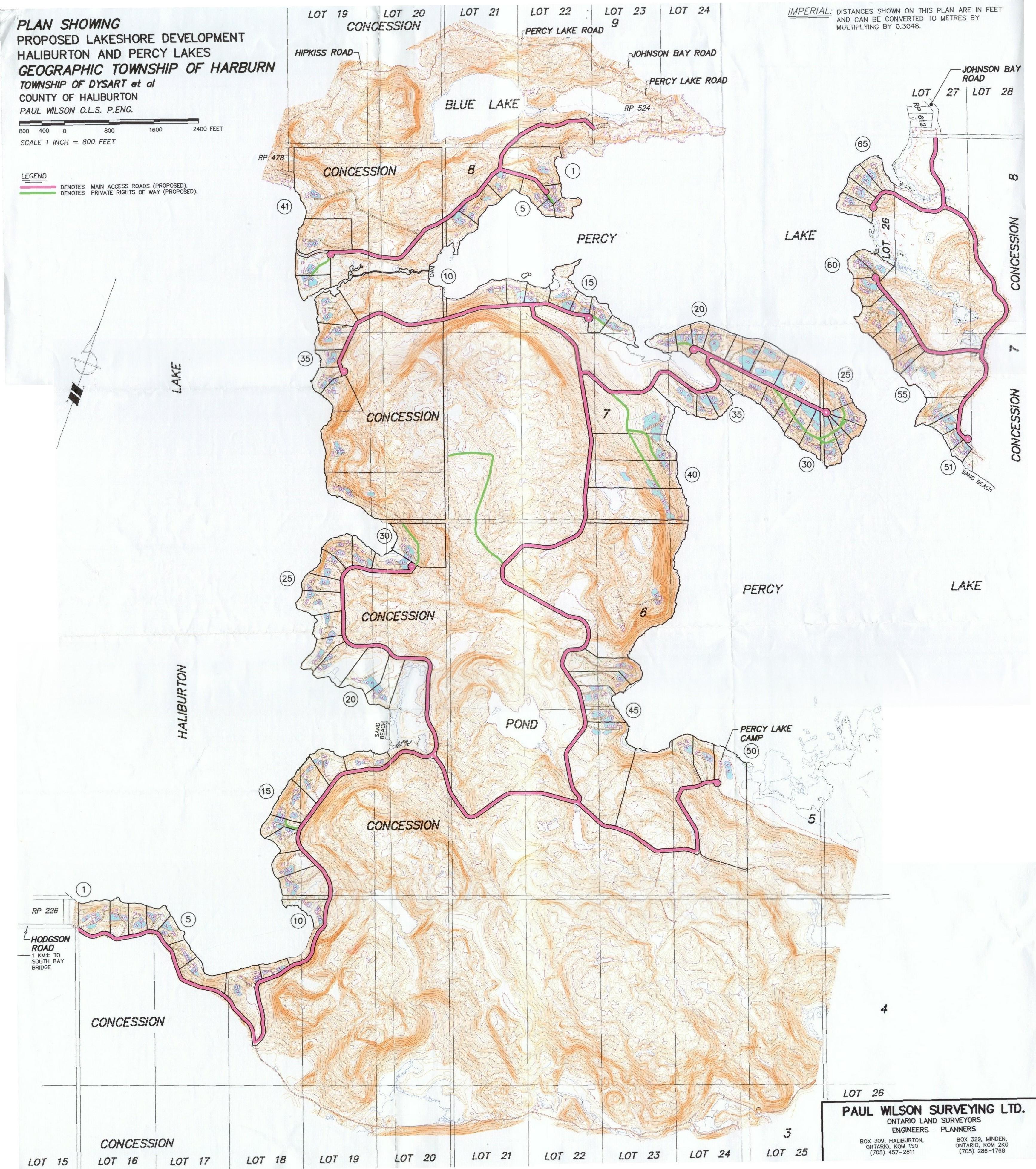 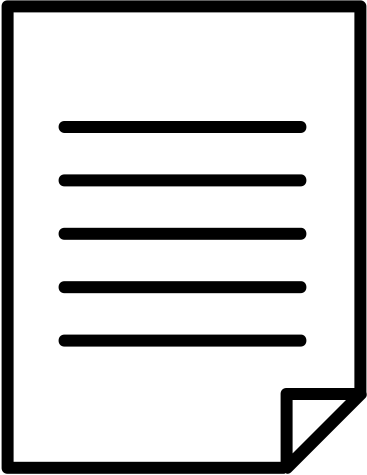 FOCA is the Federation of Ontario Cottagers’ Associations, a not-for-profit organization representing volunteer associations and individual property owners all across Ontario. FOCA acts as an information bridge between policy-makers and property owners on significant issues, including: the long-term environmental integrity of Ontario’s freshwater resources, fair property taxation, effective land-use planning, risk management for volunteer groups, rural safety and emergency preparedness in the face of extreme weather developments in recent years.

As a PLRA member, you can access all of FOCA’s membership benefits, including the boat and cottage insurance program CottageFirst. FOCA members also enjoy free access or FOCA-member pricing for webinars and in-person events. FOCA provides support to association members by coordinating citizen-science programming, providing educational publications and materials, and online information pages on a wide variety of subjects.